After having an impact on the motor markets of Europe and America, the manufacturer and innovator of electric motors Tesla entered China with a high profile. It is reported that since the first batch of Model S were delivered in March at the "attractive price" of CNY734,000 yuan, Tesla has attracted more and more attention in China. Tesla motors, compared with traditional vehicles, have neither an engine nor a transmission device - Tesla adopts the 18650 cobalt-acid-lithium battery provided by Panasonic and uses the battery comprising a parallel circuit of 8,000 cells to provide sufficient power.

What advanced technologies does Tesla have? What is its patent layout, especially the substantial layout of its core battery technologies?

In this paper, Beijing Kangxin Huayuan IP Consulting Co., Ltd. takes the patent applicant Tesla Motors as an example and studies the macro trend of Tesla Motors&rsquo; overall layout as well as the battery-related technologies filed by Tesla Motors since 2012 from the micro perspective. 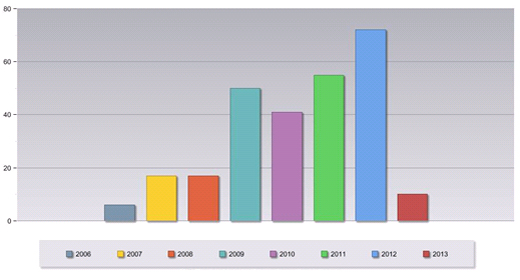 As a high-tech company, Tesla Motors not only introduces the Internet element into the vehicle industry to realize the innovation of business mode, but pays equal attention to technical innovation and the protection of intellectual property rights, and its global patent applications have covered 286 patent families up to now (the patent applications of the same field in different countries constitute one patent family). 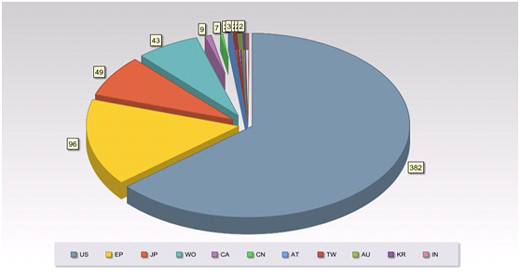 Tesla Motors' Model S is already marketed in the USA and Europe, and its patent applications have also been extended to many different countries and regions around the world, which indicates that there are many target markets. From Figure 2, it can be seen that most applications are filed in the USA, Europe, Japan, Canada and China. 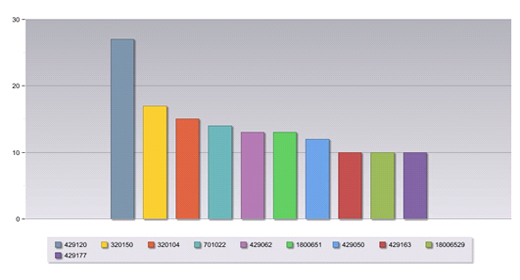 The study shows that besides the traditional lithium battery, Tesla also adopts the metal-air battery. The latest patent of Tesla Motors (UC) indicates that it has made a major breakthrough in the field of vehicle batteries. Patents US201301875 and US20130181511A1 describe the battery as being composed of lithium ions and metal-air cells, which may enable a vehicle to drive as far as 400 miles (about 650 kilometres) with one charge.

4.2 Technical structure of the battery

Figure 4: Technical structure of the battery

In addition, different from other manufacturers of electric motors, Tesla connects a huge number of small cells in parallel; therefore, how to manage the heat generated by these mass cells is also a key point of attention for Tesla.

4.3 Details of the subdivided technology 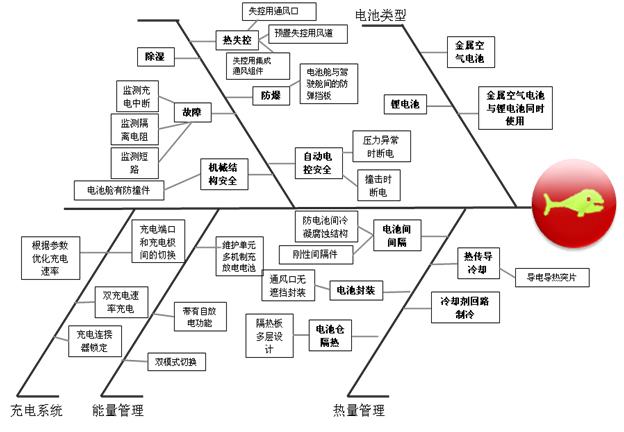 Figure 5: Subdivision of the technology

A battery may catch fire for many different reasons, but the ultimate cause is the thermal runaway of a battery. Thermal runaway is an external symptom of battery failure; as for the internal reason, it may be that the battery is squeezed, pierced or over-charged.

As Tesla's battery technology adopts mass cells, the assembly and arrangement of the cells are very important, so as to ensure that the cells have sufficient intervals between them to insulate them from heat and prevent a chain reaction of thermal runaway between the cells.

Therefore, the interval between cells is a key point of Tesla's heat management. Tesla proposes a solution that uses both rigid intervals and an installation framework, thus maintaining a minimum interval between cells and realizing efficient heat separation simultaneously. In addition, it proposes a cell installation structure that may assemble the mass cells and prevent corrosion between the cells.

To timely dissipate the huge heat generated within the battery, the battery heat management technology of Tesla adopts various methods, including transmission of heat and coolant circuit, etc. The transmission technology utilizes conductive flanges coupled with the electric poles of the battery, which are connected to the temperature control plate through the thermal interface, and further connected to the external temperature control system. Tesla also adopts a kind of heat management system, including heat exchanger, cooling system and cooling circuit that is connected to the battery package and couples with the heat exchanger.

Similarly, to insulate the heat between the cells and the driver's cabinet, a multi-tier heat insulation plate is configured between them and above the cells.

The charge system may ensure the timely charging of a battery and thus enable long distances to be driven. Tesla's technology provides some intelligent measures, i.e. the choice of charge speed in different modes and the automatic selection of optimal charge speed according to the parameters.

Through the macro and micro study of Tesla Motors' patent layout, we have obtained a preliminary understanding of Tesla's technical innovation. From the analysis of the patent layout, we can see that Tesla Motors has grasped core technologies related to the battery management system, and with the above core technologies, it is able to utilize the parallel connection between multiple traditional cells to realize large driving force even if there has been no major breakthrough in battery technology. In addition, the battery management system supports the intelligent control of vehicles by PDA, thus having the favour of high-tech lovers and environment protectionists.

Tesla's motors have already entered China, and it also introduced a great opportunity to the electric motors market. From the perspective of patent layout, Tesla Motors have taken the lead to achieve a comprehensive layout of the battery management system. It is expected that it will bring more patents into China through PCT applications. The relevant enterprises should pay close attention to the patent layout in the field of electric motors, including both the patent applications related to battery but also the patent applications related to the battery management system, so as to provide sound support for the marketing in the future.