(No.50381752 in Class 3) (“the opposed mark”) on behalf of COSMETIC RESEARCH GROUP (“Client”) on June 15, 2021.  The National Intellectual Property Administration, PRC (“CNIPA”) examined the case and decided to reject the opposed mark for registration.

COSMETIC RESEARCH GROUP is a French company, specialized in skin care products.  It has different brands for skin care products and “SOSKIN” is one of them.  The client registered the trademarks “SOSKIN” in China over different goods.  They started to sell their products branded with SOSKIN in China before 2015. The client was of the opinion that the opposed mark is similar mark with the client’s prior marks “SOSKIN” and the designated goods of the opposed mark are in direct conflict with their goods.  Upon communication with client, we were entrusted to file opposition against this trademark. 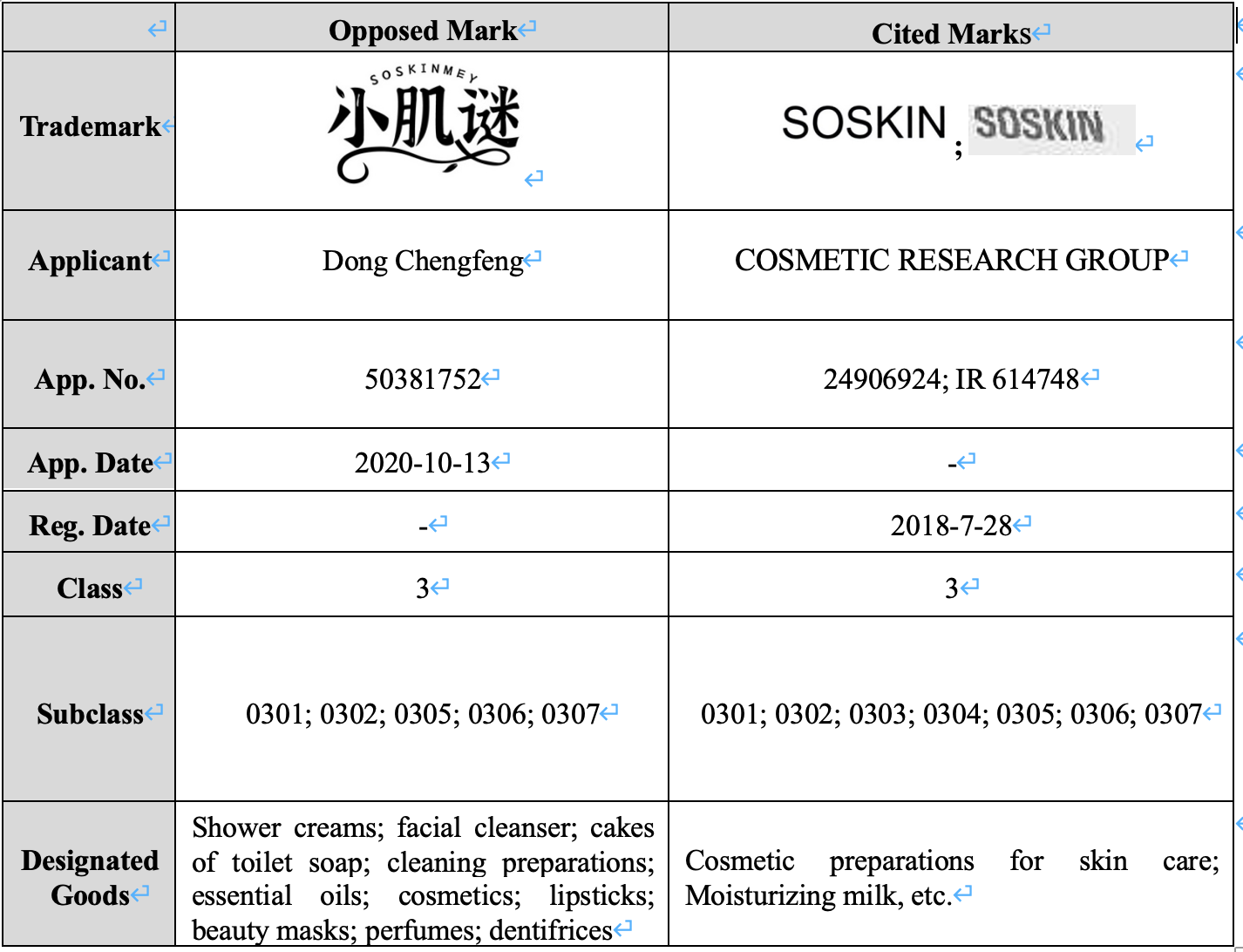 In the opposition, we mainly argued that:

1)      The opposed mark is “similar marks over similar goods” with compared to cited marks, in violation of Article 30 of the PRC Trademark Law;

2)      Based on the high reputation of the cited mark, the coexistence of the opposed mark and cited mark over similar goods will easily cause confusion and misunderstanding among relevant public

On April 7, 2022, the CNIPA issued the decision: The Latin part of the opposed mark “SOSKINMEY” is similar to the opponent’s cited marks for “SOSKIN” in respect of letter composition, pronunciation and overall appearance, and the goods of the marks are similar.  Thus the marks have constituted similar marks over similar goods, and coexistence of the marks may cause confusion and misleading to consumers.  Therefore, the opposed mark is in violation of Article 30 of the PRC Trademark Law.

With respect to issue 2, the goods of the opposed mark are not similar to those of the cited mark in accordance with the Chinese Classification of Goods and Services.