JOTUN A/S is a world famous paint coating manufacturer and distributor. It has registered trademark No. 4548559 "JOTUN" and the trademark No. 1010447 "JOTUN" in China, and has designated it to be used in class 2 paint, paint box wood preservatives and other commodities.

According to the clues provided by insiders, After careful investigation, Kangrui investigators found fake "JOTUN" paint production of counterfeit dens in a a remote factory in in Hangzhou Xiaoshan district,

Subsequently, in cooperation with Xiaoshan District Market Supervision Bureau, our investigators conducted a surprise inspection of the counterfeiting dens, and on the spot they detected a large number of 1263 barrels of epoxy zinc-rich primer, intermediate paint, finish paint and a total of 2890 barrels of paint with the mark of "JOTUN" had not been canned. A total of nine trucks were loaded with fake products and empty barrels, all of which were transported to the Market supervision Bureau warehouse in Xiaoshan District. According to the preliminary estimate, the counterfeit JOTUN paint involved in the case worths millions of yuan.

It is reported that the counterfeit Jotun paint was used in a new airport project.If not promptly investigated and dealt with, it will cause major safety hazards to the project, and the consequences are unimaginable.

The action effectively hit the manufacturing and selling counterfeit behavior, which has violated article 213 provisions of the "criminal law" ,and constituted the crime of counterfeiting registered trademarks. They will be punished by legal sanctions. 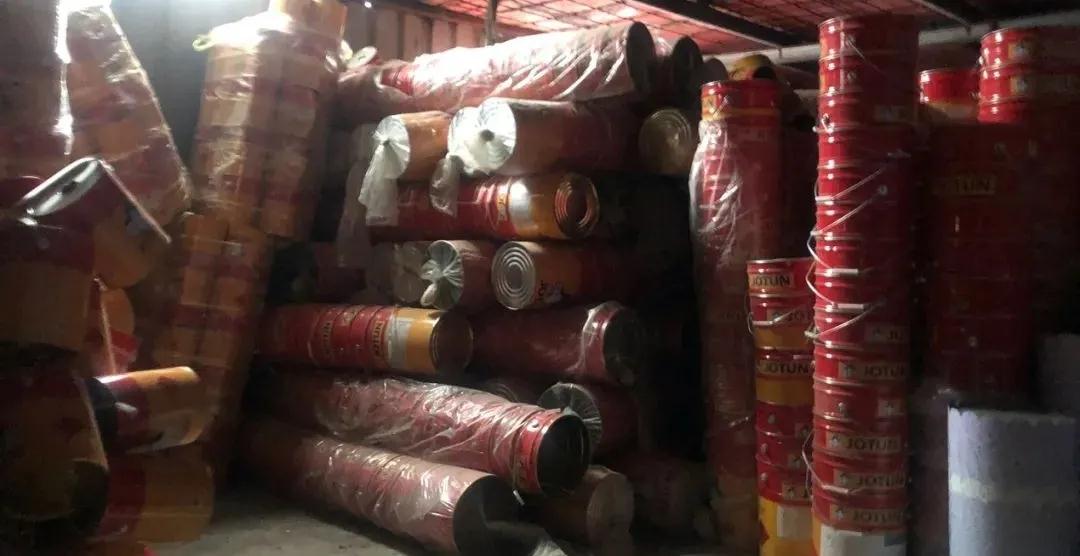